The Real Story of Vredefort 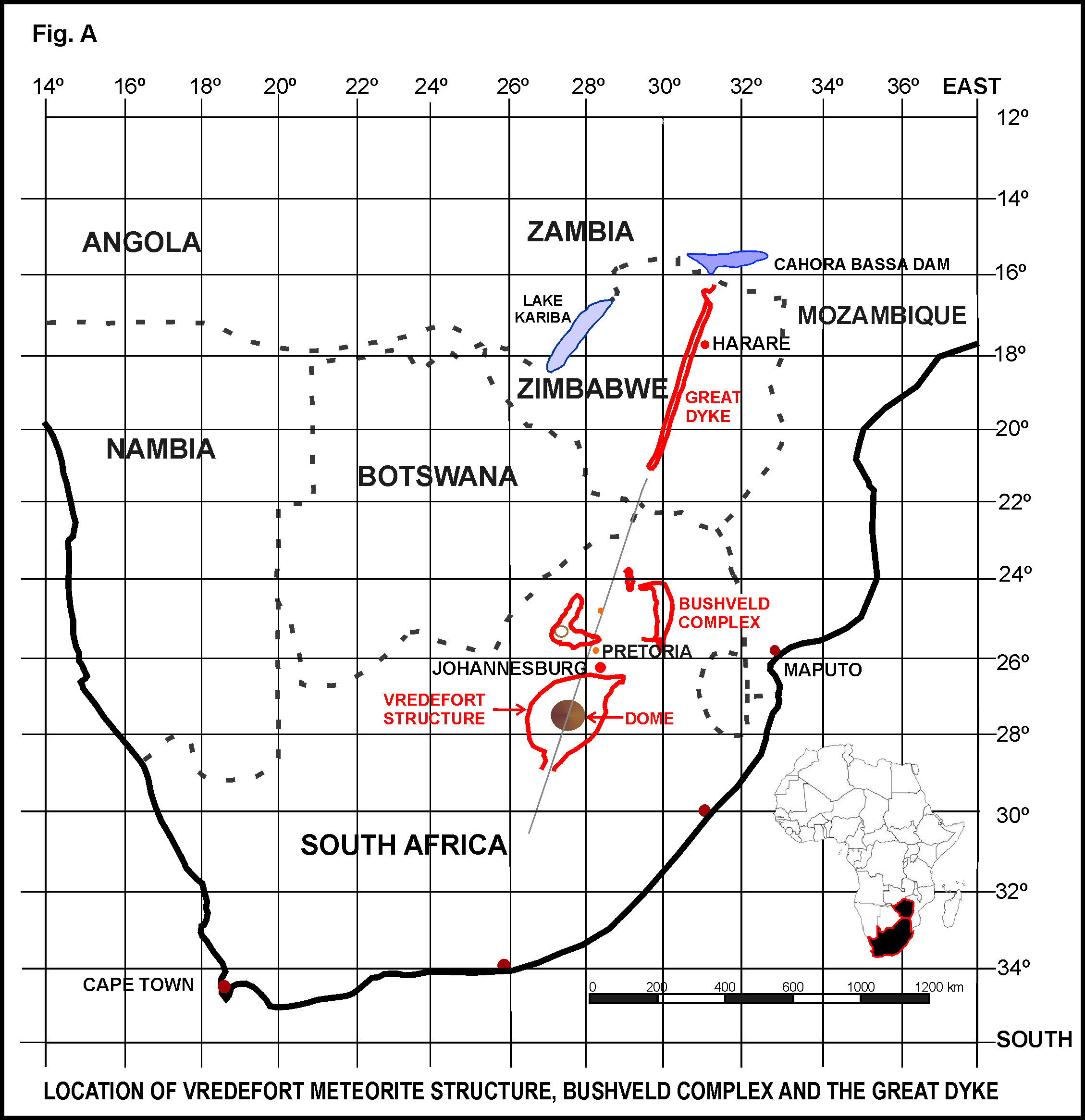 At two hundred and eighty four kilometers in diameter, the Vredefort Meteorite Structure in South Africa, with its central rebound, the Vredefort Dome, is accepted as the largest known impact site on Earth. After 100 years it, as well as the Bushveld Complex and Zimbabwe’s Great Dyke, are still regarded as a mystery.

Radiometric dating in the core has been used to calculate the age at 2023 Ma. The nearby Bushveld Large Igneous Province, world renowned treasure chest of valuable minerals, is dated at 2054 Ma. The chrome and platinum-rich Great Dyke in Zimbabwe is dated as 2575 Ma.

As a result of the multi-million year age differences, members of the geological community do not consider that these three sub-crustal structures are connected, and, with +2000 Ma dates they certainly do not accept that Vredefort, Bushveld and Great Dyke could have had anything to do with the extreme events with worldwide effects from 214 Ma onwards.

Extreme Events from 214 Ma include:

The 214 Ma Manicouagan cluster of five impacts in northern Pangaea

My main hypotheses contend that the Vredefort Meteorite Impacts were part of a cluster that occurred in 214 Ma and were linked to:

The gold lining the Vredefort Structure

The minerals of the Bushveld Complex and Great Dyke

The swathe of minerals across southern Africa

The explosion of Kimberlite diamond pipes of southern Africa

I accept that the dating methods are accurate but contend that samples came from, or were contaminated by the Vredefort Structure rebound floor rocks and, in the case of the Bushveld Complex and Great Dyke, from the target layer of strata into which the minerals were intruded horizontally. This would account for the three separate 2 Ga ages for the same event and totally overshadow the true age of 214 Ma.

Any hypothesis must be tested on all points of observational fact. The balance of evidence must be strongly in its favor before it is even tentatively accepted and must always being able to meet the challenge of new observations and experiments(Patrick Hurley April 1968)